The Amazon & Pacaya Samiria Reserve | The Amazon River originates in the Andes Mountains and is the longest river on earth running for at least 6,400 km with more than 1100 tributaries of which seventeen each measure over 1,500km long.

The Amazon and tributaries flood the surrounding rain forests every wet season, between December and May, when the river rises more than 9 m. creating an incredibly fertile environment for the myriad jungle life forms that exist here.

Deep within this Amazon river basin in the Peruvian rain forests lies the Pacaya Samiria Reserve of five million acres, accessible only by water, and the most fertile area for the exotic mammals, birds and plants that thrive in the Amazon jungle.

Throughout the year entering Pacaya Samiria is to come upon a world filled with neon-brilliant birds alighting on emerald green trees inhabited by playful packs of acrobatic monkeys and an azure sky crisscrossed by graceful hawks and herons above a panorama of fluttering butterflies.

The Galapagos Archipelago | Is an archipelago of volcanic islands distributed on either side of the Equator in the Pacific Ocean west of Ecuador and these islands and their surrounding waters are listed by UNESCO as a World Heritage biological marine reserve.

The islands were made famous by Charles Darwin and his observations and collections made there contributed to his theory of evolution by natural selection. Visitors today can retrace Darwin’s footsteps in comfort and can still see the same incredible range of rare and exotic bird and marine animal species, snorkel the vividly coloured underwater world, relax on beautiful white sandy beaches and swim with playful sea lions.

Our Expedition and Small Ship Cruises in South America :-

Smaller ships mean access to unique places with only a small number of other guests. Professionally guided small group touring and shore adventures offer an unmatched up close and personal ability to experience and learn about a destination.

Do you want to make a booking, receive a quote or just ask one of our small ship adventure cruising specialists a question ?

A Amazon river cruise aboard an Aqua … END_OF_DOCUMENT_TOKEN_TO_BE_REPLACED

The Fijian islands you visit aboard Tui Tai … END_OF_DOCUMENT_TOKEN_TO_BE_REPLACED

Antarctica XXI fly over Cape Horn and the … END_OF_DOCUMENT_TOKEN_TO_BE_REPLACED

Looking for a cruise adventure ? 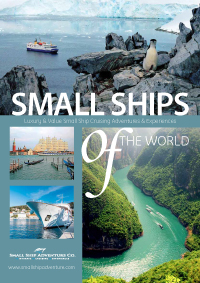 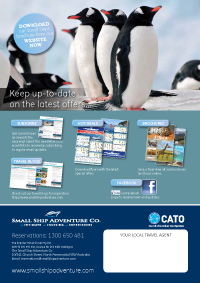 Stay up to date with us online